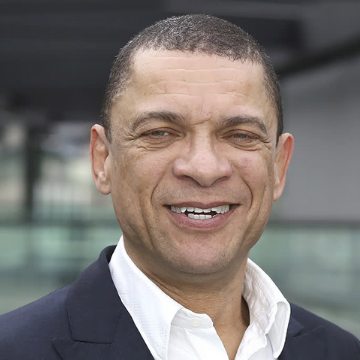 Adrian is the Managing Director, Group AI and Data Solutions at BT Group. Prior to this he was a Partner at Ernst & Young (EY) and led AI, Advanced Analytics and Data teams in Financial Services in the UK and Europe. He also has over ten year’s cloud, digital, data science and analytics experience gained in senior leadership roles at Google, and a further 15 years in industry and consultancy. He served as a Non-Executive Director to the UK government where he was on the Board of the Home Office for over four years and is currently a NED to the People Board of the Cabinet Office.

He previously served as Chair of the Race Equality Board, the race campaign of Business in the Community, for five years and was a Trustee of Aleto, a charity that helps non-privileged young people. He was awarded an OBE for services to equality and diversity in business in the Queen’s New Year’s Honours List in 2019 and was announced as the most influential Black, Asian and minority ethnic technology leader in the UK by the Financial Times and Inclusive Boards in 2018.